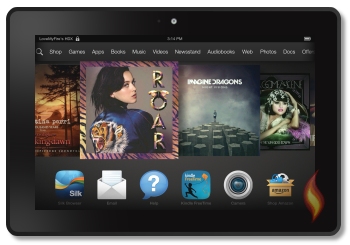 On Sept 25, 2013 Amazon announced the new Kindle Fire HDX! I'm extremely excited about these new tablets, and can't wait to tell you all about them!

Update: Amazon has now released new HD and HDX tablets in 2014! The follow page has details for the Kindle Fire tablets released in 2013 (some of which are still available for purchase).

The 8.9" even has a REAR facing camera too! (I wish the 7" also had the rear facing camera but alas, only the larger HDX tablet has it.)

My Kindle Fire HDX 7" finally arrived and I've written an article with lots of pictures, details, and more about this fabulous new tablet! I show you all that comes in the box and how it compares to the HD 7". So be sure to check it out.

Here's a nice and large picture of my new baby: 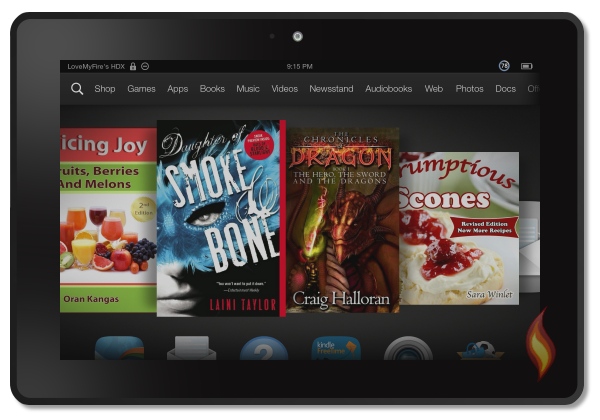 Isn't she beautiful? All the HDX pictures on my site are now of my own personal beauty. ♥ 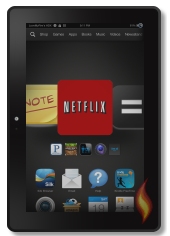 So here's what's new with the Kindle Fire HDX:

The 4G LTE is now available for both AT&T and Verizon accounts and will use their monthly data plans vs a yearly plan with Amazon which is what the Kindle Fire HD 8.9" 4G uses.

Pricing (Original price at time of release in 2013)

I bet you're as interested in the price of the Kindle Fire HDX as I was, so here's a breakdown: 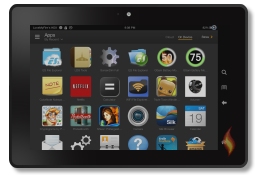 There are some really cool new accessories for the Kindle Fire HDX including an origami cover that folds into both a portrait or landscape stand! It's available in leather and polyurethane:

Although Amazon's covers are a bit pricey (the poly one is cheaper than the leather one) other cover designers have already started to create Kindle Fire covers for the new HDX tablets. For example, I found a Kindle Fire HDX 7" Origin Cover by Marware that's for a great price.

If you don't mind waiting awhile to protect your new baby, depending on how long it takes for other companies to get their rears in gear, there will be a lot more designs to choose from.

However, I decided to go ahead and buy the polyurethane Kindle Fire HDX cover, that way I can test it out to see if it's worth the price. They don't ship until the tablets ship, but I'll let you know what I think after I receive mine!

The Kindle Fire HD 7" has been updated with a second version that not only is slimmer, lighter, and has new software, but it's a cheaper price! It's also faster, has a stronger battery for longer life, and has an updated email and calendar that work with the major programs like Gmail, Outlook, etc.

Also, this version doesn't have the HDMI port since Amazon developed a new feature to "fling your screen" from your Kindle Fire to your TV. However, it looks like it will only work with specific TVs and other devices so be sure to check out the details if you're interested in this ability.

Personally, I recommend going with no less than 16GB of memory! The extra space is well worth the extra money. My first generation Kindle Fire only has 8GB and it definitely wasn't enough storage space for me. My Kindle Fire HD 7" has 16GB which was much better! 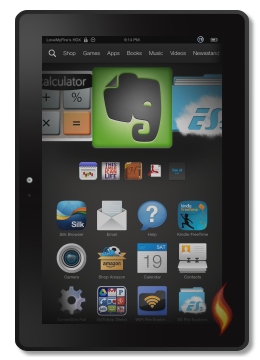 WOW!!! These new tablets are so amazing, I can't wait to get my hot little hands on them.

I actually did a little squeal of delight after I placed my order! (That reminds me of the day I received my first Kindle Fire.)

I'm about to burst with excitement, and a little terror, at all the new articles I'll be writing and updating!