How  a Wi-Fi Extender Can Boost Your Signal

Do you find that the Wi-Fi on your Fire works better in some rooms than in others?

It's a common issue but can be a very frustrating one!

If you've tried repositioning your router but are still finding the signal weak or non-existent in some parts of your home, then you might want to give a Wi-Fi extender a try!

In this article I'll explain how Wi-Fi extenders work and how to get the best from them. 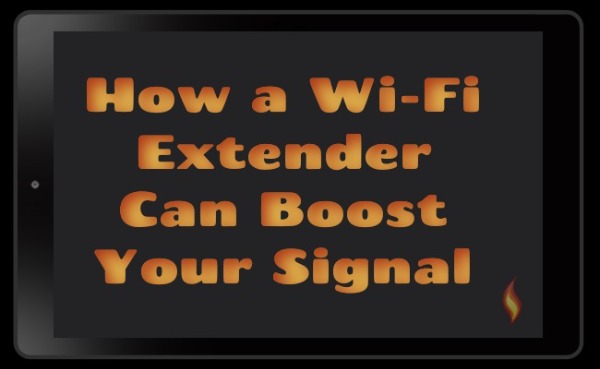 Do You Really Need a Wi-Fi Extender?

Before splashing out on a Wi-Fi extender, make sure that your router is in the best position and that you are not doing anything to stop the signal from reaching all the rooms.

Tips for positioning your router... 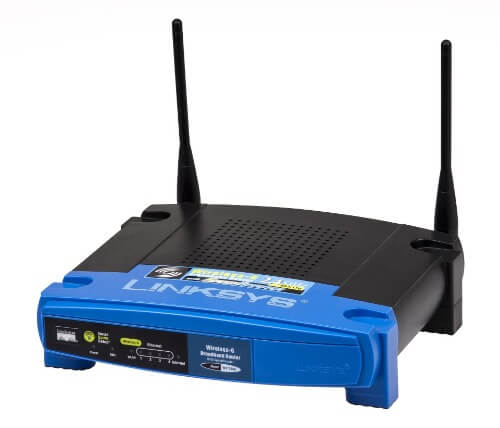 Try to place your router in a central position in your home, with as few obstructions as possible.

A wireless signal can be affected by stone structures, heavy pillars, chimneys, and some kitchen equipment such as fridge freezers and range-style ovens.

It should be able to get through walls - but that depends on what the walls are made of. Cement and concrete are pretty impenetrable and will certainly disrupt your signal.

Electromagnetic interference can cause problems too, so make sure your router is well away from things like your microwave, baby monitors, and wireless phones.

To make sure most of your signal stays within your house instead of drifting off into the surrounding area, avoid placing the router in your attic or next to external windows.

Finally - and it might seem obvious - don't put it in your basement either, as the walls are likely to block the signal!

If you ever notice the positioning of the router in business premises, nine times out of ten it is secured high up on a wall. This avoids the signal being blocked by the objects (and people) in the room.

It's worth doing this at home, too, and there are even kits you can buy to mount them.

Make sure that you buy the right kit for the orientation of your router.

Don't turn a router on its side if it's not designed to be used that way, as it can interfere with your signal.

The same goes for turning a router sideways to fit it on a shelf.

Your Router is in the Right Spot... But Your Signal is Still Bad in Some Rooms

Then it might be time to give a Wi-Fi extender a try!

A Wi-Fi extender is a device that you plug in within the range of your router. You then pair it with your network and it will rebroadcast the signal from your router further into your home. Hopefully, this will allow you to connect your Fire from rooms where you were previously having difficulty.

Although there are more sophisticated solutions to a poor Wi-Fi signal, Wi-Fi extenders are relatively low in price and easy to use. Most models will work with any type of router and you can usually assign the same password to them, so getting up and running is very simple.

Where should you put the wifi extender for the best coverage and speed?

A really important thing to remember is that the extender is rebroadcasting the Wi-Fi signal it is receiving.

If you put it in an area where the signal is poor, you will be rebroadcasting a poor signal!

This means you shouldn't position it too far from your router. The best place is usually around halfway between the router and the area where the signal is weak.

Again, try to avoid the types of obstructions in your home that might interfere with the signal (see above).

Which is the best Wi-Fi extender?

There are heaps of different Wi-Fi extenders on the market.

I'd love to be able to recommend one personally - but because I'm lucky enough to get a pretty strong signal throughout my home, I've never been able to test any out!

However, the TP-Link AC1900 from Amazon is considered one of the best around and is very highly rated.

It is a dual-band extender, which means it offers both 2.4 and 5GHz connection bands. Boosting both signals gives you a good chance of connecting your devices from anywhere in your home.


If you've been struggling with a weak Wi-Fi signal, I hope this article has helped and that an extender will allow you to connect your Fire from anywhere.

Why not  browse through my Kindle Fire Problems page for more tips for dealing with common issues?