I received a message this week from a visitor to this site who was dealing with an annoying problem on her Fire.

"Sometimes when I am using my Fire a large orange box appears on the screen and everything inside it is enlarged. No matter what I do I can't get rid of it, so I have to power my Fire off then restart it so I can carry on using it. The box just appears at random times. Any idea what it is and how I can stop it happening?"

Fortunately, this isn't actually a problem at all, and it's very easy to prevent. On this page I'll show you how!

Here's an example of the orange border on my Fire tablet screen.

This is the 'Home' screen. See how the icons are enlarged? 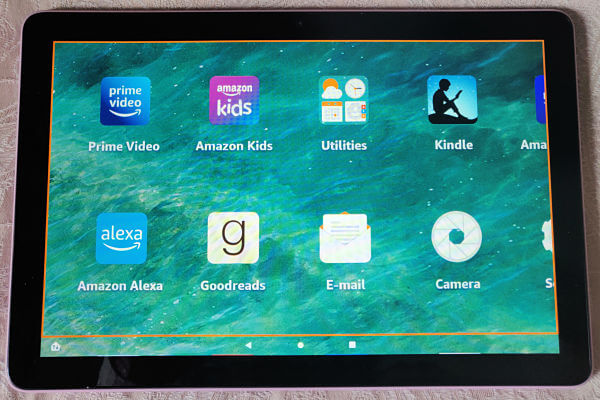 Well, what you are seeing is actually the 'magnification' feature of Fire tablets (and many other Android devices too).

And whilst it may SEEM to happen randomly, it's actually initiated by tapping on the screen 3 times.

Once you know how to control it, it's a really useful feature, allowing you to zoom right in on an element in the screen and pan around.

But if it pops up without you realizing what's caused it, it can be annoying - especially when you can't figure out how to turn it off.

To turn off the orange box on your Fire tablet screen, all you need to do is tap the screen 3 times again!

Easy when you know how!

How to Turn Off the Magnification Feature on Your Fire Tablet

If you don't really need to use this feature and are tired of accidentally triggering it, then you can turn it off altogether.

Open the settings and tap 'Accessibility'. 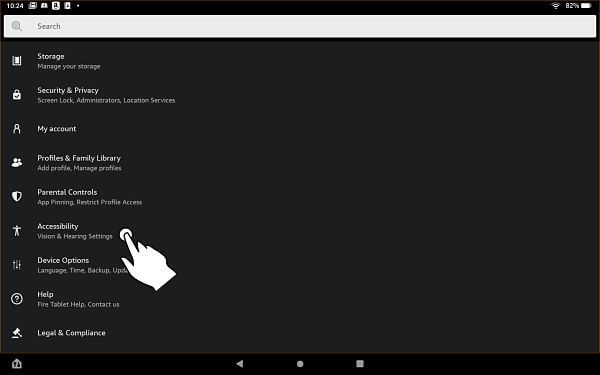 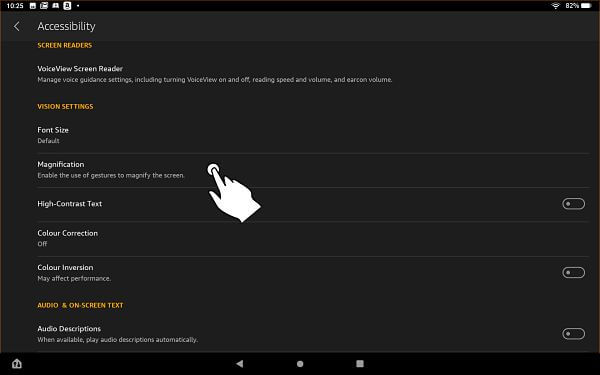 Toggle the 'Screen Magnifier' to off. 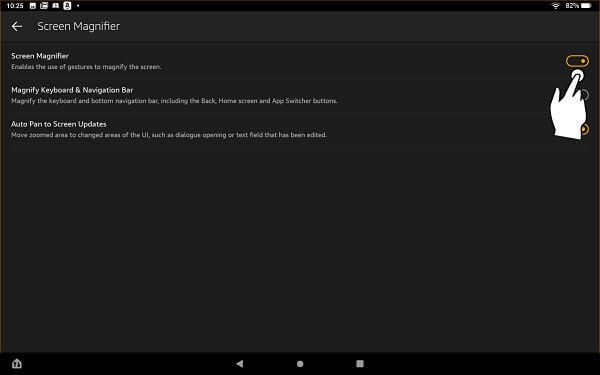 You'll see this warning - just press 'Continue' (this isn't irreversible and you can always change your mind another time). 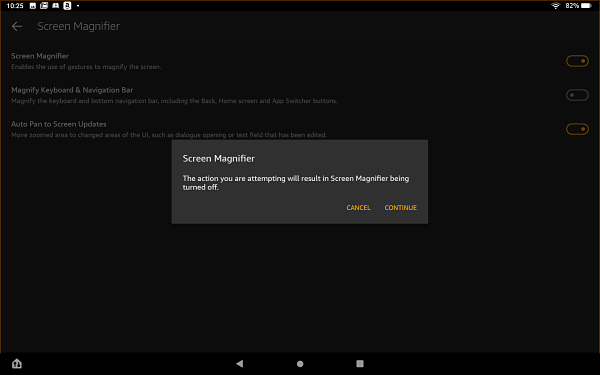 The magnification feature will now be off - no more orange boxes on the screen for you, no matter how many times you tap!

If you ever toggle this feature back on, you'll be presented with this screen, which explains just how to use it. 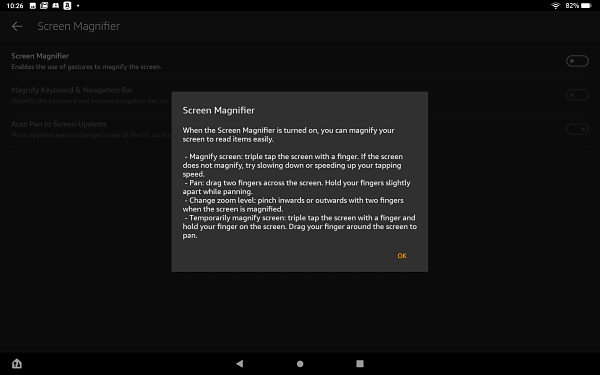 I hope you found this tutorial explaining how to get rid of the orange box on a Fire tablet screen helpful. Please do let me know or browse through my other Kindle tricks and tips.